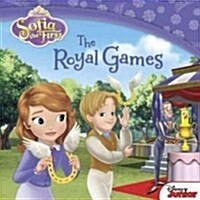 The prince and princess of other kingdoms came to Sophia's Kingdom and had a big game with them. However, Sofia's stepbrother, James wants to win the game, so he plays so hardly and annoyingly. Because of his annoying attitude, other people stop the game and try to go back. So, Sophia tells James something about the value of being a good sport.